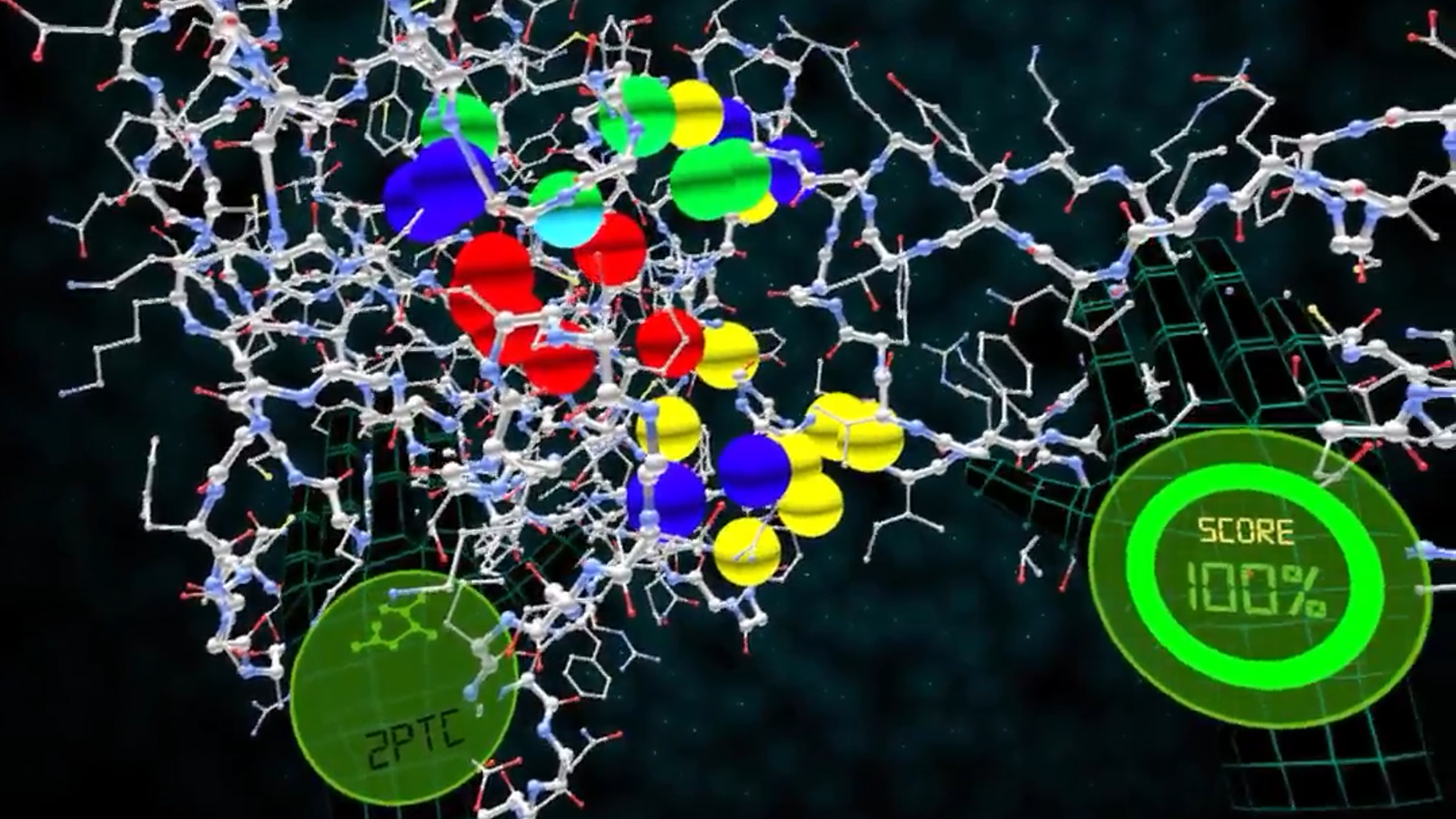 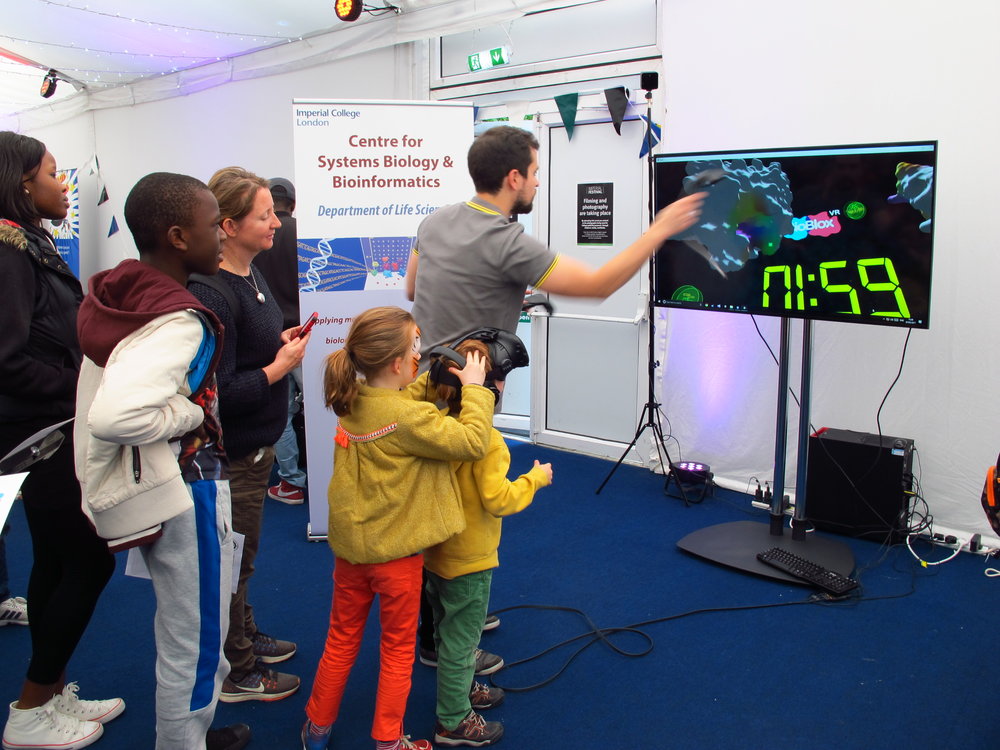 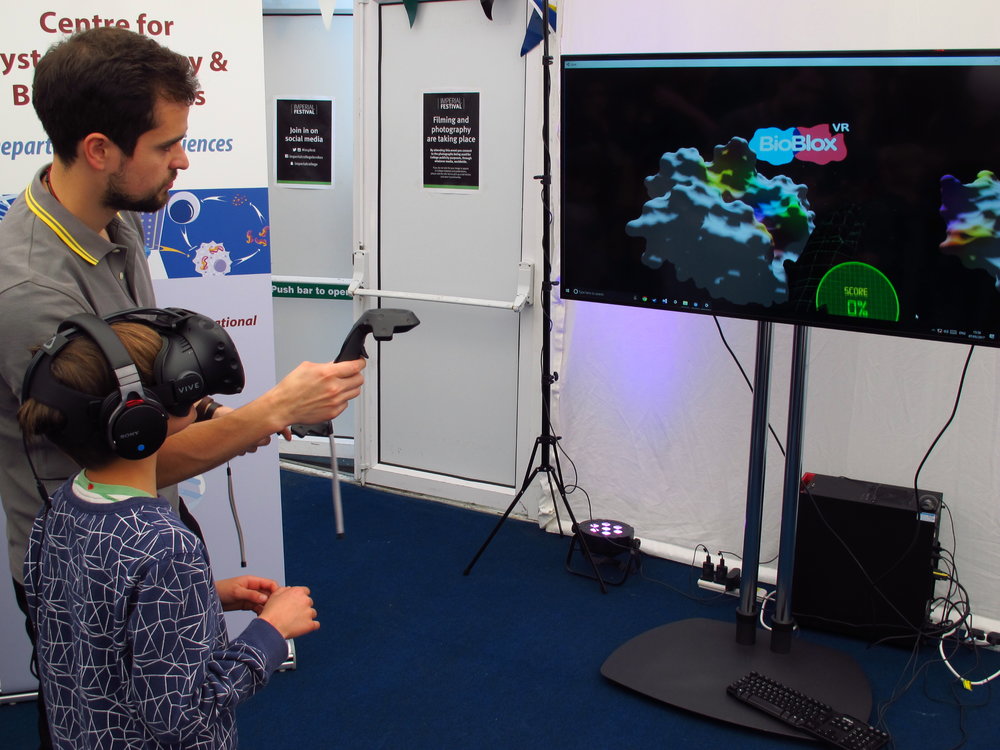 Bioblox is a BBSRC funded project to explore the gamification of protein docking in 3D. Protein docking is a complex problem involving the interaction of complex shapes. By using crowd sourcing in a playful context, combined with a computer assisted UI (User Interface), we plan to ultimately improve upon state of the art algorithms and solutions. We also plan to develop algorithms to discover novel docking arrangements between pairs of unbound proteins in the PDB (Protein Data Bank), on the basis of an intuitive UI. Our experience comes on the one hand from the bioscience of proteins (Imperial team) and on the other from the games industry both for UI design and real time game physics (Goldsmiths team). We can collide molecules with thousands of atoms at full frame rate and render cross sections. We are also experimenting with different visualisations of the docking process. The team decided to take the virtual reality approach due to the complex shapes of the proteins, it was concluded that is easier to manipulate them while virtually holding them. This application was shown in various exhibitions like New Scientist Live and Imperial College Festival to mention some. My role was lead developer, gameplay and user interface designer.